All kinds of rock and some great songs you probably haven’t heard in a while…that’s what you can expect from this band!

Canyon Smith Militia is a rock band from Norton Massachusetts that formed several years ago when three friends from high school began playing covers and bonding over classic rock musical tastes.  A little more than a year ago, they played their first performance as the Militia at Rick’s Open Mic and they have been coming back ever since. 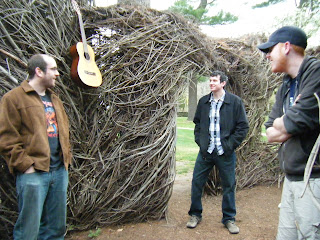 Open Mic starts at 7pm
Performer sign up is at 6:30